Is Halloween ‘the Blackface Purge’ for White People? The Holiday’s orgin says YES

Wearing a Ray Rice jersey, while dragging an unconscious Black female doll, with nappy hair. This has become the most virally trending Halloween custom of 2014. Worn by White males in blackface. Last year, their blackface costume of choice was Trayvon Martin in a hoodie.

As shockingly sexist & offensive as this image is, sadly, it is keeping with the spirit of the true woman-hating origin of Halloween.

Nigga, faggot, bitch. Those are three words I don’t allow spoken out of context around me. It’s not being “cool” or “hip hop” You sound ignorantly insensitive, hiding behind popular slang slurs to mask your insecurities.

I don’t like when a Black man meets me for the first time & greets me with a “my nigga”. I’m not your ‘dead-minded black object’. I don’t like when a woman of any race approaches me like, “I can legit see you replacing my current nigga.” & when I turn her down, I’m hit with, “your light skin, faggot ass must’ve never fucked with a bad bitch, such as myself. *tosses hair*”

#1 When did offers of cheating “with” someone become a compliment?
#2 Just because you’re only with a man for his ‘black object’ does NOT make him your nigga. He’s just some guy you are giving unreciprocated loyalty to.
#3 Referring to yourself as a bitch is your right of self identity. However, it is so unattractive to hear a woman use “bad bitch” to describe herself. That includes boss bitch, curvy bitch, model bitch & bad bitch. Is your vocabulary that limited? or is being a bitch of any kind the greatest thing you have going?

Racism, homophobia & sexism against women are de facto satiric fetishes of choice by the white male privileged. Flaunting impunity helps masquerade their self hating inadequacies. Neo-paganism has long been their forum for this.

The Hate Purge origin of Halloween, in 5 acts: 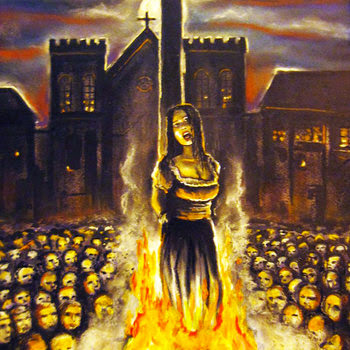 On October 31st, while women of the 21st century straight murder the club, with fashionable Halloween outfits in fiercely fire heels,

The Celtics of the Iron Age, would burn women at the stake who displayed intellect, conscious & free-thought, under the guise the murders were protection against insidious possession.

On the eve of October 31st, they’d dress up in ghoulish costumes, burn women & children, and destructively parade around the neighborhood, in attempt to frighten away the dead spirits. This is the pagan origin of Halloween, All Hallow’s Eve.

#2 The Life Hating Purge – Day of the Dead origins. 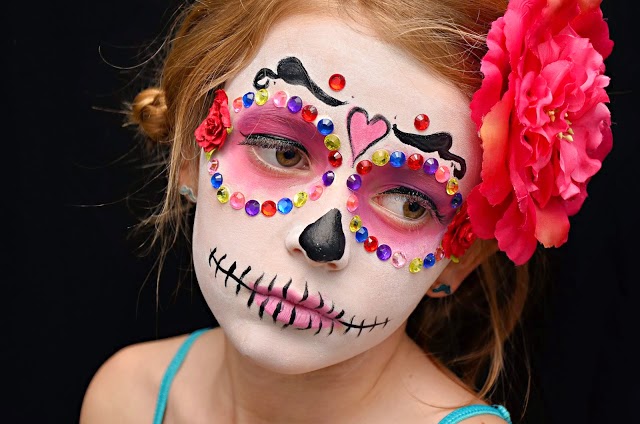 Nowadays, you almost have to praise loyalty & honesty. It’s so rare to find in people. Never allow selfish cowards to make you lose faith in genuine people, nor hesitate to honor genuine loved ones while they are alive.

If you have to tell someone to give you more attention, more affection; it’s a sign you need to move on. Never beg someone for what you deserve. The ancient Aztecs felt lost loved ones are deserving of being remembered, which is why they coined this Feast of Harvest day of remembrance.

When Spanish colonialist conquered Mexico, they moved the day of remembrance from summer to November 1st, All Hallows day, forcing their pagan customs & man-made religion onto the Mexican people, tuning the human skeleton from a marveled symbol of life to a feared symbol of death. 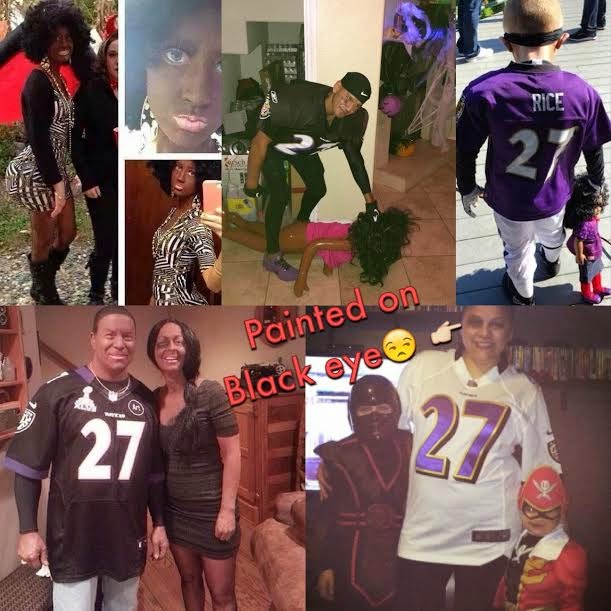 There is no way White people don’t know wearing blackface is racially insensitive.

How can the sexism & offensiveness in dragging a female doll of any race go unbeknownst to White people who have daughters, mothers & wives? They simply don’t care. This is white privilege, inherited from their predecessors.

In 19th century America, a Halloween day picnic consisted of a White male wearing a blackface costume to entertain his friends, family & children before they’d PIC-a-NIGger to hang from a tree, then burn to a crisp.

Serving bland, flavorless potato salad while watching the nigger burn. Just potatoes and mayonnaise. No seasoning, no relish, no mustard. Their actions manifesting as much poor taste as their pumpkin-spice palate.

“Whites admire, envy & seek to emulate such supposed innate qualities of Blackness as inherent musicality, natural athleticism, the composure known as ‘cool’ and superior sexual endowment,” confessed John Strausbaugh, in his 2006 book, “Black Like You”.

Before movie theaters production companies allowed Black actors to stereotypically mock themselves in movies like they do today, 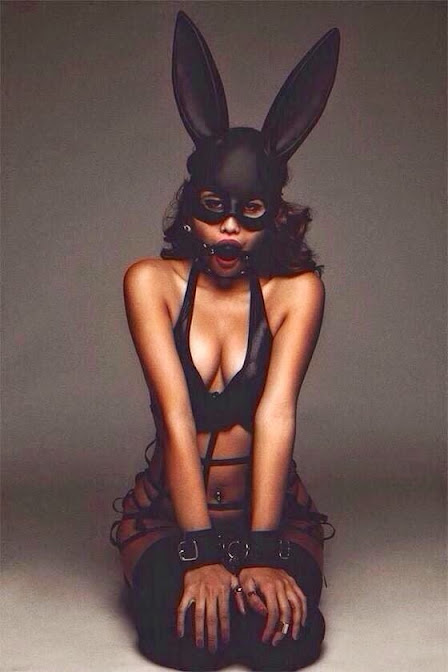 For 400 years in America, all women were slaves just as Blacks. Both were sold as property. Neither were allowed to rights, to vote, or to act, much less attend theater.

After slavery was abolished, the only time Blacks were allowed to perform is when they wore heavy make-up & costumes portraying themselves as ape-like, over sexualized freaks, exposing their big lips, hips, buttocks and breasts. The most famous example of this is Sara Baartman.

Today, women are not only slut shamed for wearing sexually provocative Halloween costumes, exposing their hips, buttocks & breasts, they are victim blamed for it as well.

while addressing the issue of campus rape at a York University safety forum at Osgoode Hall Law School.

Regardless of what a woman wears, she does not deserve to be raped disrespectfully approached, shamed or assaulted. Her sexuality is only for her & the woman in the mirror to judge. 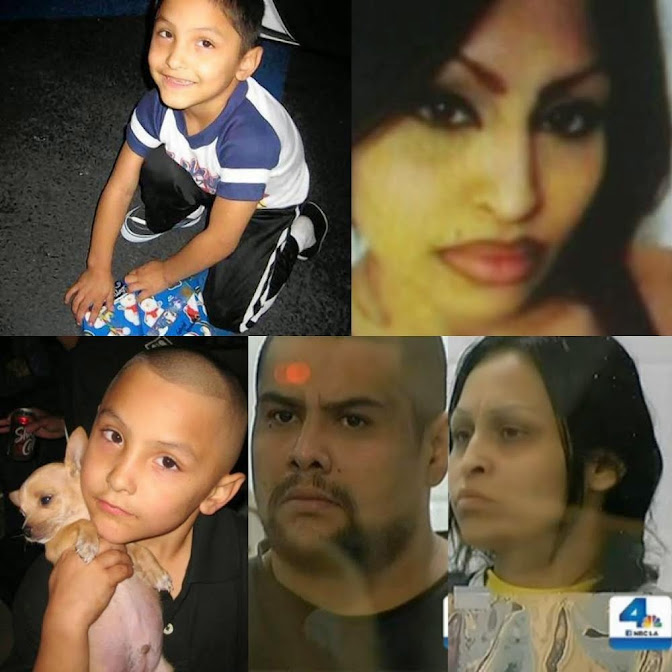 On Halloween Eve, the mother who beat & tortured her 8-year old son to death, because she thought he was gay, reached a plea deal, agreeing to a life sentence without parole in the death of Gabriel Fernandez.

The child was beat with bats, struck with a club that knocked his teeth out, pepper sprayed, tortured & shot in the penis by his mother & her boyfriend as a twisted form of gay shaming.

1 of every 5 LGBTQ citizens have been victims of hate crimes within the past three years. Too many of these crimes occur during Halloween weekend.

For children like Gabriel, Halloween is an exciting combination of dressing as their hero for a day, while overdosing on candy for a night.

For homophobic adults, Halloween is a vengeful combination of gay shaming for a day, while hate crime purging for a night.

After Halloween weekend in 2013, 18-year-old agender, Sasha Fleischman’s skirt was set on fire while sleeping on an AC Transit bus in Oakland, CA. Richard Thomas, the 16-year-old charged with the hate crime, admitted to police he started the fire, because he was homophobic.

In response to a 2008 gang rape of an openly gay 28 year-old woman by 4 men, who was first raped outside her parked car, then taken to a second location & raped again, while being drowned with slurs about her sexual orientation,

Jose Feito, a psychology professor at St. Mary’s College in Moraga, California said, “What you get is this kind of immature desire to display power, that all ties into blaming the victim, who’s seen as flaunting their homosexuality [sexuality or identity].”

Why does stripping power from someone, because of their sexual or racial identity turn you on?

Why is it when I embrace my identity & bring back past actions of slavery & segregation, I’m told, “get over it” “stop living in the past”

Yet, you can bring back blackface & produce films of Ancient Kmt kings & queens in whiteface?
Why does your very identity insist upon my existence. You want to be Black so bad don’t you?

Just know, you can inject your ass, lips, hips, hair & skin with as much chemical as your God-playing mind can conjure, you will never be us. You will never be the chosen, useless you are the chosen from birth. No, by “us” I do not mean Black people, I mean human. Genuine souls wrapped in human clothes.

It’s inhumane for a soul to hate another soul,
simply due to it’s clothes, gender, skin color, hair,
body parts or sexual orientation, which it can’t control.

Anyone who thinks, “all White people are racist” is purely ignorant.

Anyone who tells you “move on” or forget any part of your history is against the consciousness that comes from knowing who you are.

6 Responses to Is Halloween ‘the Blackface Purge’ for White People? The Holiday’s orgin says YES