Giving men “another chance” after mistakes will make him Side Chick zone you. 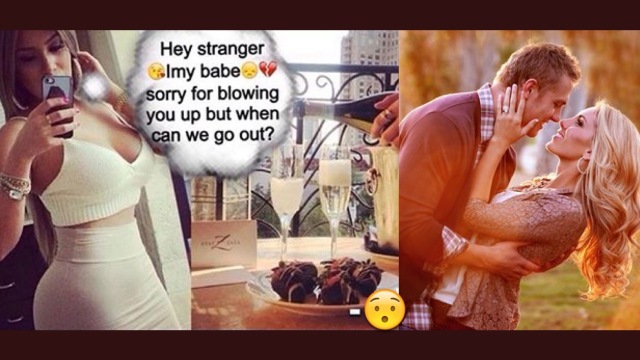 The most powerless thing a woman can do is let an inconsistent guy know she will stay, waiting for him to reach potential he doesn’t have.

By: Ebrahim Aseem Follow @fuel4thebody
Author of the book, “Why Men Cheat on Loyal Women”

That man who begs you for yet another chance after he broke your ability to trust him, he is not showing “potential” when he finally gives the effort. He’s playing a role off the script you gave him. #EbrahimAseem

When a man messes up really bad, don’t tell him what he did wrong, how he hurt you & what he can to do to win your heart back. Stop giving a man who broke you the road map to your heart so he can break you twice.

It’s not your job as a woman teach him how to be a man, provide, work, listen, understand & comfort you. The man who’s meant for you will already know how to understand you. Don’t get “being his woman” confused with “being his mother”. Stop adopting grown ass men. #EbrahimAseem

If you give him a million chances after he makes mistakes, you’re not his woman, you’re his mother. Claim him on your taxes & call it a day. #EbrahimAseem

He’s using your need to give & nurture against you. Your whole identity is based on being needed. Know why it’s so hard for you to accept love from that handsome, consistent, genuine man who stimulates your mind & calms your fears? You know he doesn’t NEED you to fix him & that scares you.

Making a man give effort will never feel like enough. You deserve a man to commit, make time & reassure you without you having to tell him.

Stop wasting years & tears waiting for that neglecting, cheating, non-commiting, passive-aggressive when he’s mad, can’t text back but can like 157 girls pics on Instagram-ass lame to change for you. Men don’t change for a woman. A man changes for himself & grows for his self love. #EbrahimAseem

What hurts a woman most is, she’s more upset at herself for giving him another chance than she is at him for breaking her trust. Be more loyal to your self worth than you are to potential he never reaches.

If you have to ask a man what are we or why he’s taking so long to commit he has no plans for a future with you. Court a consistent man who will let the world know you are his only. He will tell you,

“I just want to love you until you glow so much, people notice your growth. Until the shine of your smile eclipses your fears. I want to be your peace.” #EbrahimAseem

I am a chef, motivational speaker & 12-year-mentor for men. I write new articles every thursday & travel, speaking life into groups of 100s of men at universities & corporations worldwide. I am West African-Hebrew.

Want a free pre-release copy of my book “” before its release? “Follow” me, click “get notifications”, or “see first” on the follow tab, then message me requesting your free copy.

I am a chef, writer & motivational speaker. I've been a youth mentor for young Black men for 10 years & I'm currently shopping my first book, "Why Men Cheat on Loyal Women"
View all posts by Ebrahim Aseem →
This entry was posted in Uncategorized and tagged ‪‎Ebrahim Aseem‬, Ebrahim Aseem. Bookmark the permalink.

4 Responses to Giving men “another chance” after mistakes will make him Side Chick zone you.